Dicey Dungeons Getting That Super Rare Treatment on Switch

There’s a lot to love about the Nintendo Switch. The console is home to some of the most iconic franchises of all time, but for me, personally, its portability is a game-changer.

I can play on my couch while casually watching TV, or I can throw it in my bag and play from hotels. It’s the same reason I feel so passionately about mobile games.

Now, with news that one of the most popular mobile games out there is making its way to Switch, I’d like to argue that the console is the perfect way to play mobile games.

Mobile gaming has advanced quite a bit in recent years. While it is easy to associate the platform with games like Candy Crush, titles like Genshin Impact have proven that quality gaming experiences can be had on smartphones and tablets.

Nintendo Has Opened Up Its Ecosystem to Allow for More Variety

Nintendo has a history of keeping things close to the chest, which is understandable. By doing so, the company can closely control the experience gamers have with its properties.

But there was a flip of the switch (pun very much intended) with Nintendo’s latest console, and the company has been much more willing to invite third-parties into the ecosystem.

A quick browse through the Nintendo eShop shows a variety of games that seem out of place at first. That includes mobile games like Heroes of Loot and Final Fantasy.

Some reports even state Nintendo’s eShop hosts 500+ mobile games. Now, it is important to note here that not all of them were mobile initially.

In some instances, like with the beloved Stardew Valley, it saw releases other places before hitting mobile and Nintendo Switch.

Regardless, Nintendo’s large fanbase and expansive eShop are great for mobile games and open up a new avenue for discovery.

Having access to mobile games on the Switch through the eShop is a big plus for gamers, but that is ultimately overshadowed by the main appeal for mobile game fans – mobile game controls often suck.

MagGo Sling 2.0 is Now on Kickstarter and Designed Perfectly for Switch

Have you ever tried playing the aforementioned Genshin Impact with touchscreen controls? It’s tough. Extremely tough. Sure, you can get a mobile controller, but that’s yet another piece of hardware to buy and lug around.

The Nintendo Switch alleviates that. While Genshin Impact on Switch is still M.I.A., the point remains that the handheld console offers a real controller that makes controlling action-forward mobile games easier.

This single-handily props up the Nintendo console as a great way to play current and upcoming mobile games that lean more into action combat and away from more traditional turn-based systems.

At the end of the day, the Switch is one of the most versatile consoles out there, and personally, I welcome the addition of more mobile games on the platform.

Thank you for stopping by Nintendo Link for all of your gaming news and updates! What do you think? Are you happy to see more mobile games on the Switch or do you think they pollute the ecosystem?

Subscribe to our newsletter to win a $10 eShop gift card 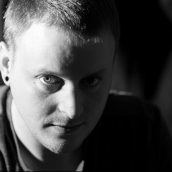 A full-time tech and gaming writer that likes to talk about video games, apps, and how the Oxford comma is superior to all other commas.

Nintendo Switch Online Members in the Americas Can Now Try Uno for Free!

Most Popular Posts this week

Nintendo Switch Online Members in the Americas Can Now Try Uno for Free!

Trek to Yomi Slashing onto Switch Next Week

How To Unlock Outfits In Fire Emblem Engage

How To Change Classes In Fire Emblem Engage

Dicey Dungeons Getting That Super Rare Treatment on Switch

How To Unlock Outfits In Fire Emblem Engage